This is about the second of two recording sessions for airsoft guns I carried out by May 2017.

I had the chance to setup a couple of sessions to record airsoft replicas including a CM16 Raider, a Colt 1911 Classic and a XDM Compact 3.8. The recording spot, though far from people was quite heavy on airplanes traffic and birds were chirping creatively during the afternoon. If anything, this scenario would prove useful to try out noise reduction techniques! The location having a few abandoned and almost knocked down buildings was a nice choice to simulate semi-closed quarters kind of events. 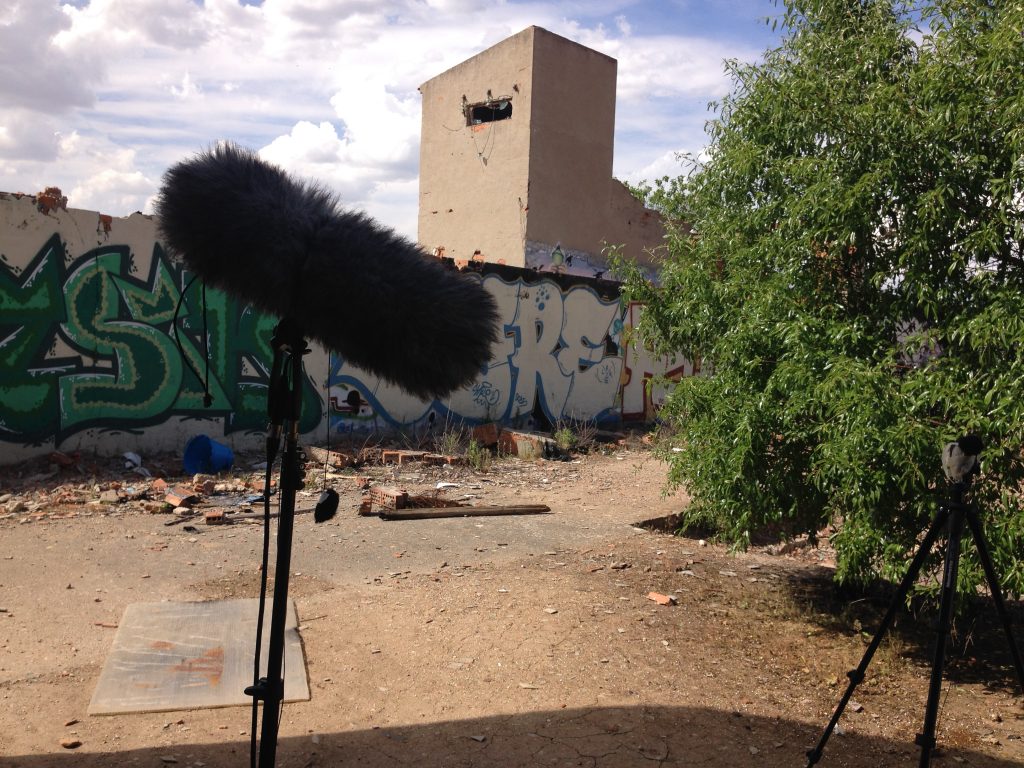 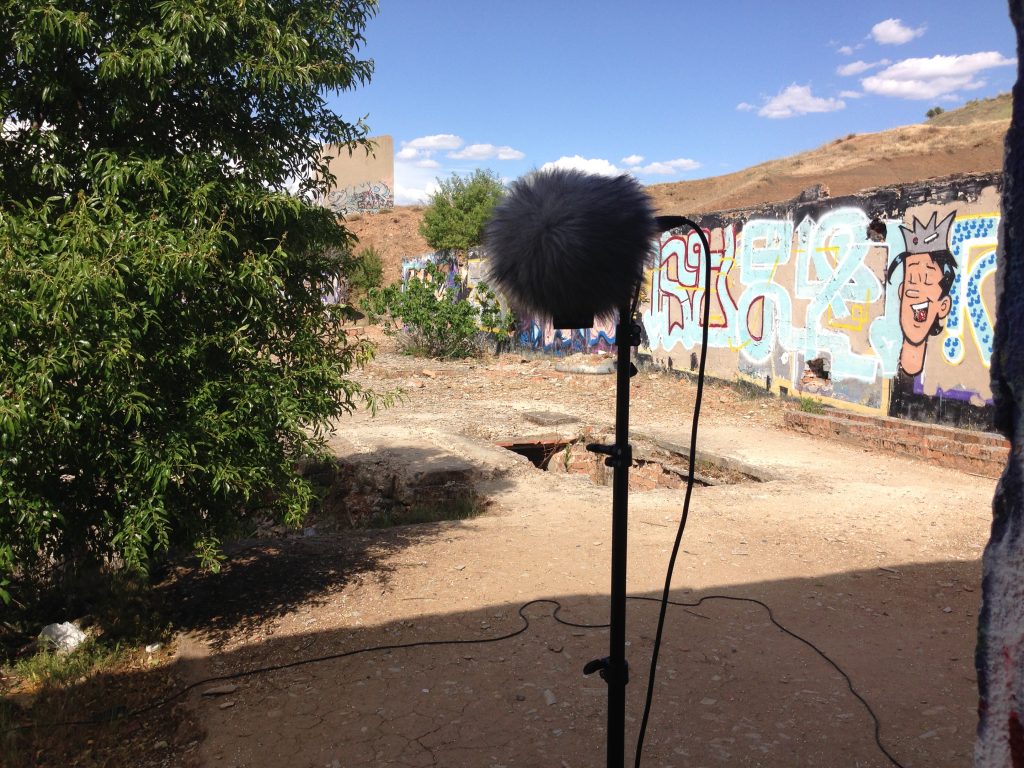 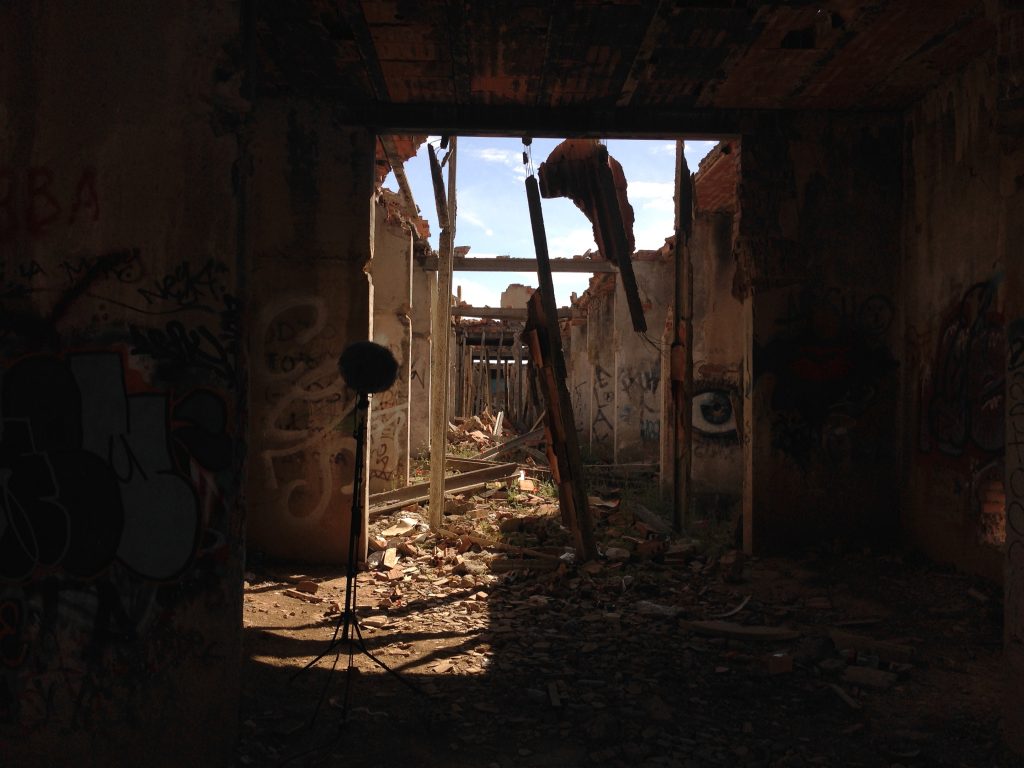 All but the Instamic Pro (which records on its own internal memory) were recorded into a couple of linked Sound Devices 702 and a Sony M10 fed by a Sound Devices MixPre-D. 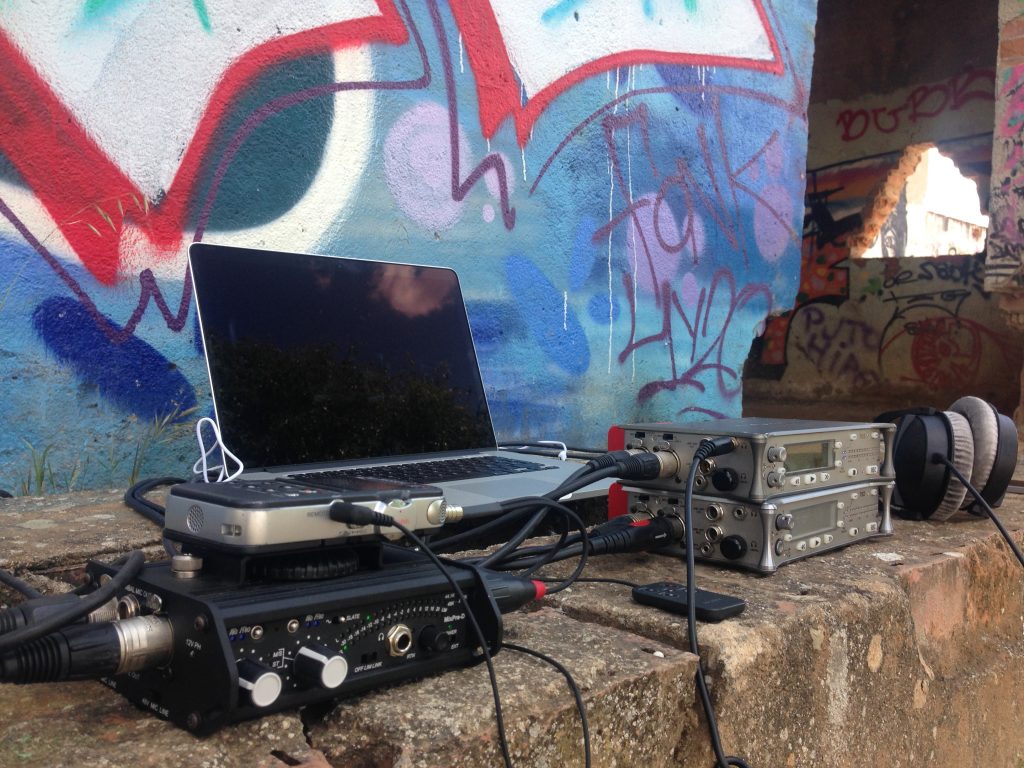 On post there was some noise reduction applied along with transients processing and some levelling to balance the multi-microphone takes. No further Eq, neither additional compression has been applied. All in all, aim was about getting different layers which later combined would assist on creating more in context airsoft gun sounds. In the next sound clips, we can listen back to back shots captured from different microphones followed by a mix with all microphones in.

The microphones order in the following back to back clips is as follows: 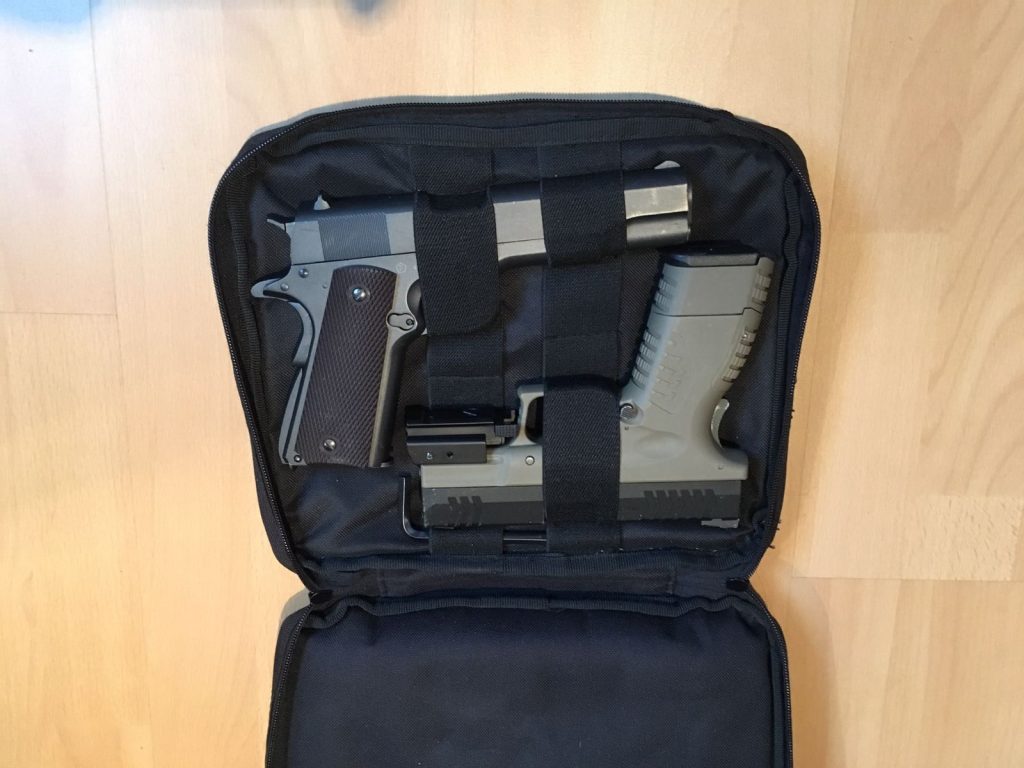 As a bonus track, these were recorded just with the Sony M10. 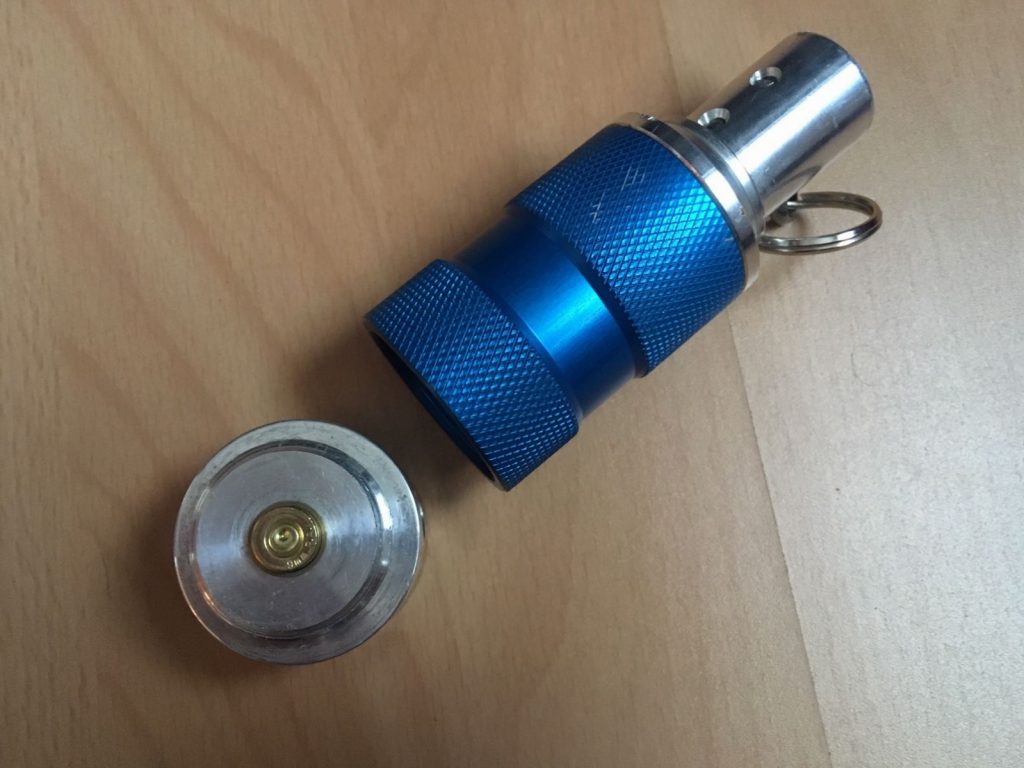