This is a recording of a military flypast exhibition happening during the Spanish National Day, October 2015. It consisted of several groups of airplanes and helicopters, including EF-2000, F-18, AV-8B Harrier, Chinook helicopters etc… passing by. I had the opportunity to record them from a very good spot, far from people or other noisy sources but still close enough to where the action happened.

The next video shows a cut so it doesn’t go extra long but there we can see all the groups that were available the day of the shoot. There is some noise reduction applied along with some levelling to balance the multi-microphone takes. No Eq, neither compression has been applied to what you will listen to in the video.

Some days before the flypast I recorded a rehearsal with a Sony PCM-M10, which allowed me to think and plan on how I would do the actual recording the day of the exhibition. I though about several techniques and microphone positions and finally decided to try a simultaneous recording in ORTF with 2 Sennheiser MKH8040, MS with a Sennheiser MKH30 and a Sennheiser MKH8050, AB with 2 DPA4061 and mono signal from a Sennheiser MKH60 mounted in a boompole. 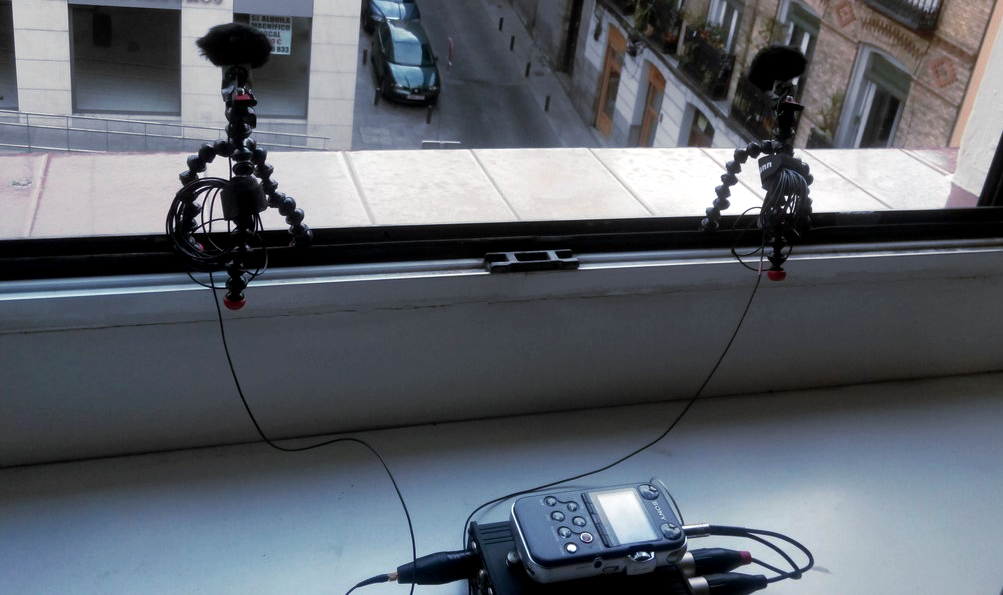 Each of the setups provides a good and distinct quality to the recording. In ORTF I can say I liked the extra stereo width that it provides while keeping a very good balanced on all the range. In my view it is the more “clinical” setup of all four. The benefit in the MS setup is the possibility to control the intensity balance for the main and side channels. AB provides the most prominent low-end. The mono setup gives me a different tone which could work as a layer on specific situations.

Afterwards I mixed some of the elements to picture depending on how they blended together. So, after listening to them, which one would you choose as your favorite, go-to combination?